Most people know Quarkus as a great way to build fast, scalable microservices. What many may not be aware of, however, is that Quarkus can also be used to build command line applications as well. In this post, we’ll take a look at how we can leverage the Quarkus ecosystem we already know to build a command line utility quickly and easily.

The command line application we’ll build actually already exists. The GitHub user techpavan has a utility, mvn-repo-cleaner, that can be used to clean up old, unused artifacts from the local Maven repository. It’s a great utility, but it hasn’t been updated in at least a couple of years. Using this as a practical target, then, let’s see what Quarkus can offer.

Quarkus' CLI support is based on Picocli. Using Quarkus' project generation site, we can bootstrap our app:

Since we’re migrating/porting an existing CLI utility, we already have a nice, practical command to implement, which means all we need to do is copy the existing classes in techpavan’s upstream project: ArgData, CleanM2, and FileInfo. These classes require some dependencies we haven’t declared yet, so let’s add those now:

The first class we need to update is CleanM2. This class will be the entry point into our utility. Since the upstream project is based on JCommander, our first step is to remove the related imports. We also need to annotate the class so Picocli knows we’re defining a new command in this class:

We’ve also added an implements Runnable, as Picocli requires that each command be Runnable. The next step is to modify the class' public void main, making it implement the run() method from the interface:

We now have our Picocli command, but it could use some parameters, which are defined currently in ArgData. Like CleanM2, this class heavily uses JCommander APIs. Fortunately, the APIs are pretty similar, so it’s mostly a matter of changing the imports

and then updating the annotations on the parameters. You can actually update them all at once with a simple search and replace: @Parameter → @CommandLine.Option.

To make these options available to the command, we have two options: copy/move each of these properties to CleanM2 or have CleanM2 extend ArgData. I chose to go with the second option to reduce the number of changes from the upstream project:

CleanM2 will still have quite a few compilation errors related to the parameter properties. I won’t go over those here, as they’re pretty simple to update (you can also "cheat" by looking at the GitHub repo for this project.) I’ve also taken the opportunity to remove all of the static modifiers. That’s more of a personal preference than a technical requirement, so feel free not to do the same if that’s your preference.

With those changes done, we’re ready to build and run this:

As things stand out of the box, to run our command, you would do something like this:

While that works, shipping that is not ideal. We can fix that by changing how Quarkus packages the app. The default for Quarkus is the "fast jar" format, which we see above in target/quarkus-app. What we’d like is a fat/uber jar, where our utility and all of its dependencies are in one archive. To do that with Quarkus, we need to configure the build using src/main/resources/application.properties:

Now, if we rebuild:

We now have a 4M archive, mvn-repo-cleaner-1.0.0-SNAPSHOT-runner.jar, which we can run with:

That gives us a single file to ship around to users' machines, which is definitely an improvement. It still requires a JVM, though. While that’s not necessarily an issue for this command, which is clearly targeted at developers, your command line utility may not be. This is where Quarkus starts to shine: we’re going to build a native image, which Quarkus makes super easy, barely an inconvenience. To do so, though, we will need GraalVM installed, which I’ve done using sdkman!.

That gives us a 34M file, mvn-repo-cleaner-1.0.0-SNAPSHOT-runner, with an amazing startup:

With that, we have a complete command line utility based on Quarkus (with a big tip o' the hat to techpavan for doing the hard work of making the original utility). Hopefully, this will serve as a nice example to follow if and when you write your own utility.

You can find the complete source here. Use it in good health. :) 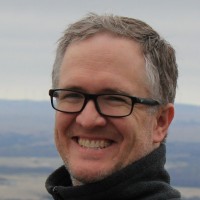